As the repository of the earliest phase of Frank Sinatra's solo career, 1943-1952, Columbia Records is usually thought to be at a disadvantage against the more accomplished work the singer recorded for Capitol Records and his own Reprise imprint. But in two albums released on the same day in 2003, Sinatra Sings Cole Porter and Sinatra Sings Gershwin, Columbia's Legacy division expands on its studio recordings of Sinatra by borrowing airchecks from the collection of Charles L. Granata, and thereby improves its holdings. Sinatra would not seem at first blush to be the ideal interpreter of Porter, if only because his rough-and-tumble background is always visible beneath his careful intonation, while Porter's lyrics are redolent of wealth and comic condescension. But Sinatra sang "Night and Day" in his first solo session in 1942 and went on to perform Porter throughout his career, often achieving near-definitive readings. The ground on which they met was intellectual rather than social: Porter was at heart a wit, and Sinatra understood the jokes, while emphasizing what emotional content there was, giving it a greater sincerity than the songwriter might have intended. This collection effectively mixes a bunch of studio recordings with previously unreleased radio performances that find Sinatra ranging over many different Porter moods. The singer can be appropriately smoldering on "I Concentrate on You" just after turning in a version of "Don't Fence Me In" for Your Hit Parade that captures its rambunctious mood even as he stumbles over the rapid-fire lyrics and shouts, "Too many words!" Equally playful (and wordy) is his duet with Rosemary Clooney on "Cherry Pies Ought to Be You," a piece of Porter patter that should be known better. This album is an excellent addition to Columbia's underrated Sinatra archive and a gift to the singer's fans. The sound quality is iffy on some of these aging tracks, but the material makes the release worthwhile. 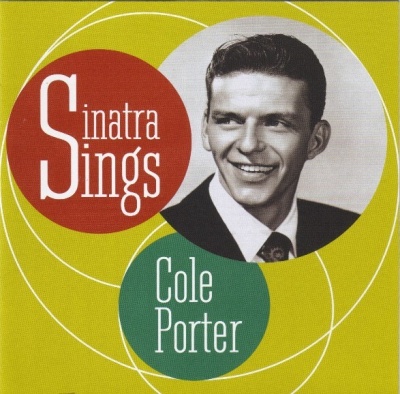