Hardin's Columbia period, lasting from the late '60s to the early '70s, was a troubled one that saw his songwriting muse wither and his personal life start to dissolve. Although his best work was behind him, he was still capable of recording good material. This 17-song collection is a good distillation of the highlights of his three Columbia LPs, which largely still found his voice in good shape. Original tunes were more of a problem: although the best of his compositions were on a rough par with his Verve work, by the time of 1972's Painted Head, he was devoting himself entirely to covers of songs by others. The Painted Head selections are the least impressive on this anthology, the spare folk-rock of the earlier Columbia sessions giving way to slicker arrangements that don't highlight his sad, wavering voice nearly as effectively. The remainder is pretty good, with the significant bonus of his sole chart single, a 1969 cover of Bobby Darin's "Simple Song of Freedom," and five decent (if sometimes unpolished) previously unreleased outtakes from late 1968. Simple Songs is the one album of post-Verve Hardin music to own. 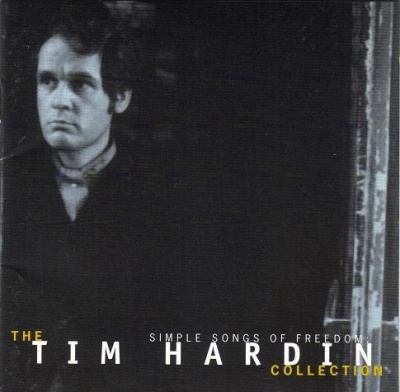