Sim is Vanessa da Mata's third album and the first after the huge commercial success of Essa Boneca Tem Manual, from 2004. If Essa Boneca Tem Manual was a blatant, although undeniably very successful, appeal to pure commercialism and the radio hit lists, Sim is a firm step back towards a more intellectual approach to Brazilian pop music. Liminha, who produced the last album, has been substituted by the hip and hyped production duo Kassin and Mario Caldato. As usual when Kassin is involved, the result is an excellent and very fresh sounding production which manages to give a very modern impression without appearing fake or overproduced. Sim was partly recorded in Jamaica, and reggae is indeed one of the primary themes of the album. "Vermelho," "Ilegais," and "Absurdo" are all pure reggae songs. And as a bonus, Sly & Robbie, one of Jamaica's most acclaimed and prolific producer teams, contribute on five tracks. A less welcome guest appearance is that of Ben Harper, who lends his voice and English lyrics to "Boa Sorte/Good Luck." The purpose of Harper's presence is undoubtedly to keep the attention of the mainstream teenage crowd, who first discovered da Mata through the success of Essa Boneca Tem Manual. It has to be said, though, that in spite of Harper, "Boa Sorte/Good Luck" is actually a quite nice song. "Baú" with its imposing and danceable Afro-beat is one of the real highlights of the album. As is the opening reggae "Vermelho" and the romantic dance track "Você Vai Me Destruir," written together with guitarist Fernando Cacatau and flirting enthusiastically with '70s style disco. Apart from the three reggae tracks, the music on Sim (for all its obvious pop mannerisms) stands firmly rooted in the rich Brazilian music tradition, drawing from samba, baião, coco and even brega. The album conclusion is a simple and sweet little song, where da Mata is backed only by her own acoustic guitar. 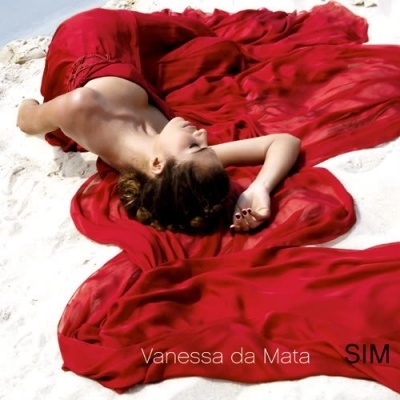