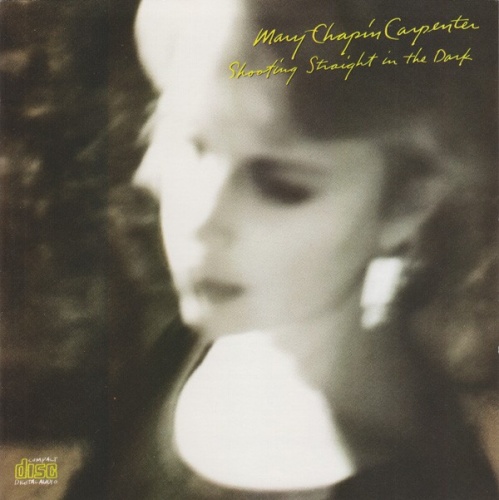 Although Mary Chapin Carpenter's second album yielded two Top Ten hits, it was the release of 1990's Shooting Straight in the Dark that confirmed her talents as an artist who could easily stage a crossover without relinquishing her country roots. With an even stronger infusion of folk and pop, Carpenter opened herself up to a wider market, taking the Cajun-tinged "Down at the Twist and Shout" (with the help of Beausoleil ) to number two on the country charts, a song that also netted her a Grammy for best country vocal performance by a female. Both "You Win Again" and Gene Vincent's "Right Now" were also released as singles, expanding Carpenter's exposure even more so, but the other tracks from the album also reveal her lyrical strength and attentive songwriting prowess. "Halley Came to Jackson" is a wonderful tale about a small town's fascination with and misconception about Halley's comet back in 1910, while tracks such as "What You Didn't Say" and "When She's Gone" are also fresh-sounding country efforts that shine a light on her delicate but hearty singing style. Carpenter gets some help from Shawn Colvin on a few of the cuts and, because their collaboration worked so well, she and a number of other artists appeared on her next album and on 1994's Stones in the Road, expanding her material to an even greater extent. Shooting Straight in the Dark was indeed a breakthrough album for Carpenter, not only in a commercial sense but at a personal level as well, and its progressive repercussions helped in making 1992's Come on Come On an even stronger effort, spawning a myriad of hit singles.