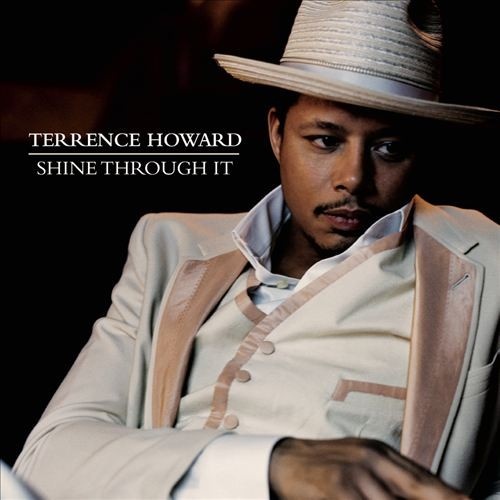 Like many actors, Terrence Howard has been playing music for as long as he's been singing -- it just so happened that his breakthrough film role was an Oscar-nominated turn as a rapper in Hustle & Flow, a role that blurred the lines between actor and musician and helped lead to a major-label contract for Howard. Hustle & Flow may have opened the doors for Howard but it should in no way be considered as an indication of what can be heard on his debut Shine Through It, as this is grandly, absurdly ambitious, symphonic folk-soul, inadvertently reminiscent of another Terence, Terence Trent D'Arby. Like TTD, Terrence Howard refuses to see borders in music, an admirable trait that leads him to create a record that plays like neither fish nor fowl filtered through Sade and James Taylor. With a dash of Cab Calloway. And lots of flute. Plus a children's choir on occasion. They don't make albums like this anymore -- in fact, it's unclear if they ever made records like this, for as clear as Howard's influences are, he assembles them in bewildering ways, where his juxtapositions of folk, bossa nova, jazz, and soul seem as accidental as they are intentional. Ambition is not Howard's problem -- if anything, he has too much of it -- but execution is, as Shine Through It swings between sharp, tight songs and shapeless noodling. Howard seems most effective on a smaller scale, like on the bluesy evocative "Mr. Johnson's Lawn," as the splashier tunes have the tendency to feel underdeveloped or say simple things absurdly elaborately -- but Shine Through It just wouldn't make sense if it was scaled down, as grandiosity comes so naturally to Howard he doesn't quite seem to realize that his clichés, both lyrical and musical, were not invented by him. And while that can frequently be maddening (and not a little bit pompous), it is also undeniably interesting, at once a quintessential oddity and a strangely promising debut.