Shine is Martina McBride's first recording in two years, following up her successful album Waking Up Laughing. While the previous album was entirely self-produced -- a rare reward in Nashville, but one McBride earned with a string of platinum selling recordings -- on this set she is listed as a co-producer with the veteran Dan Huff. As is customary, husband John recorded and engineered the set. McBride has long been associated with anthemic songs, and an album by her without them would seem incomplete; in other words, there have to be real showcases for that incredibly powerful singing voice of hers, and Shine is no exception. The album's first single, "I Just Call You Mine," has the big swelling choruses, enormous string arrangements, wailing electric guitars, and singing pedal steel -- all with larger than life drums by Matt Chamberlain -- fits that bill. The set opener, "Wrong Baby Wrong," is another trope in McBride's arsenal in that it contains an uplifiting message of perseverance in tough times all set to a catchy, insistent, guitar-based rocker complete with power chords in the intro. What's most compelling about Shine, though, is its sound. In many ways, McBride has always been among the most contemporary sounding of her peers while always maintaining a sound of her own. Not so this time out. In fact, this disc sounds more like a Keith Urban record than it does one of McBride's. And that's not necessarily a criticism, just a bit of a shock. Musically it's consistent all the way through. The songs are all of a piece and flow seamlessly from one another. Textures are also remarkably similar, but the difference is the rock & roll sound at the heart of Shine. And make no mistake, McBride can sing rock as well as anything else she sets her mind to. Check the wildly celebratory single "Ride," with its shuffling, big drums and chugging guitars (which feel almost like outtakes from .38 Special's hit book) and the gradually ascending chorus. That said, even the ballads come across with a very modern slant -- check the faux Celtic "Wild Rebel Rose," or the breakup anthem "Walk Away," that gives way to rock in the chorus with its Urban-esque banjo textures flowing through the drums, pedal steel and power chords with a lilting fiddle tag. The set closes with another McBride trademark, the big, sophisticated adult contemporary ballad disguised as contemporary country music -- the one thing here Keith Urban wouldn't attempt on one of his own records: "Lies." A lone piano accompanies the vocalist through a heartwrenching verse. It threatens to explode at every turn, especially when the strings enter, but the tension just builds as synths, a slow, funereal snare and bass drum, and a dollop of acoustic guitar come in. Finally, two thirds of the way through, it does, but it's McBride's voice exploding over the top of the instrumentation that never competes with her. It remains staid so she can allow the catharsis to come pouring out. This is a solid, consistent date all the way through that is evidence of McBride's long chart success. 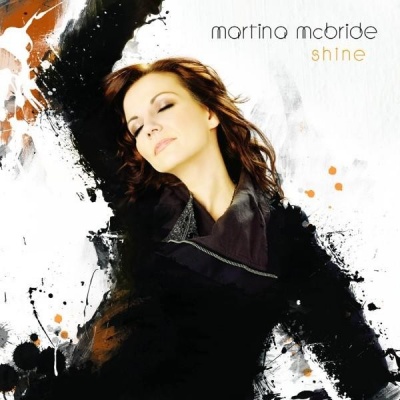