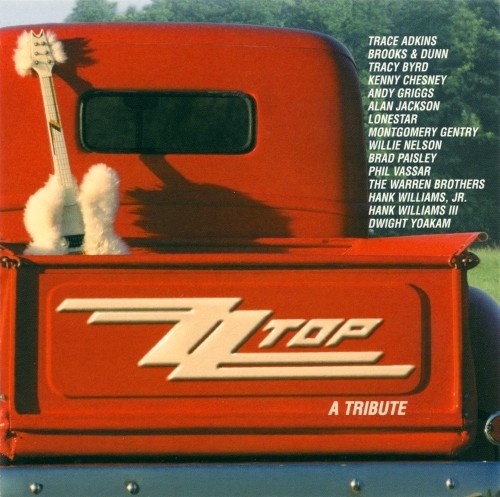 It's an inspired idea, actually -- take a bunch of country artists, mainly contemporary country guys, and have them tackle ZZ Top's catalog of blues-rock ravers, and just see what happens. As it turns out, Sharp Dressed Men: A Tribute to ZZ Top turns out to be one of the best tribute albums in recent memory, crackling with energy and with just enough vivid reinterpretations to make it enjoyable for fans of either the artists involved or ZZ Top. What makes it work is that the roster of featured artists is so strong that they either put their identity on their chosen song, or they love the music so much, it turns into an energetic cover. Also, the songs are revealed to be sharply written, clever tunes that still sound good when performed by somebody else -- they still sound good removed from the fuzz-tone raunch that defines ZZ Top as a band. As it turns out, the songs are more than good enough to stand on their own, and acts like Brad Paisley, Hank Jr., Tracy Byrd, Dwight Yoakam, Willie Nelson, and Alan Jackson turn this into a surprisingly enjoyable, first-rate record.