Nobody could have predicted the success of the star-studded Supernatural in 1999, but it revitalized the career of Santana, plus Clive Davis, who cooked up the whole idea of the comeback in the first place. Given its blockbuster status, a sequel that followed the same blueprint was inevitable, which is exactly what 2002's Shaman is. If anything, there's even less Carlos Santana here, proving that he and Davis are among those that believe that Supernatural was a success because of Rob Thomas and "Smooth," not the typically tasteful, excellent guitar playing. And, no surprise, Thomas has a strong presence here even if he doesn't sing. He writes two songs, flexing his muscles as a neo-soul songwriter (not badly, either, on cuts sung by Musiq and Seal), and providing the template for all the guests here: they want to launch a new stage of their career, finding a wider audience. Outside of Seal (who has a comeback of his own to launch) and Placido Domingo (who does these things because he can), everybody here has hearts to win and something to prove, and they do a mixed job of it. P.O.D. falls on its face with the embarrassing "America," but Chad Kroeger far outshines anything he's done with a surprisingly subtle and soulful "Why Don't You & I," easily better than anything by Nickelback. But this points out the problem on the record -- each song is tailored to the strengths of the lead singer, not the strengths of Santana, who's left with piddly, forgettable instrumental interludes and playing endless lines beneath the vocal melodies. Who can blame him? It's the only chance he really gets to play on this album. On the whole, it holds together no better or no worse than Supernatural -- it's the same record, essentially. True, there wasn't anything as awful as "America" or the foolish aural press release "Since Supernatural," but there was nothing as joyous and wonderful as the Michelle Branch-sung "The Game of Love." Written by the team behind the New Radicals' modern pop classic "You Get What You Give," it's every bit as soaring melodic and irresistible; it may not be Santana -- it sounds even less like Santana than "Smooth" -- but it's perfect pop, the best pop single of 2002, for reasons that have nothing to do with Santana. 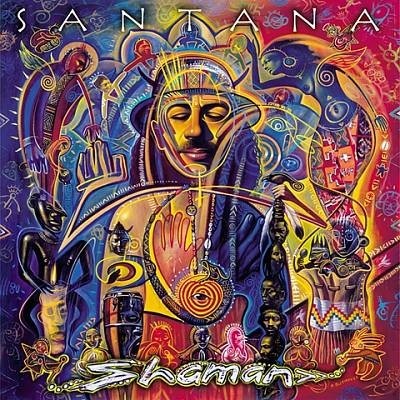