Murray Perahia's fluid and profoundly moving interpretations of Schubert's piano music are always worth hearing, and few would quibble with the decision to reissue his classic Columbia recordings of the Impromptus, D899 and D935, for the Sony BMG Masterworks Classic Library. Although they were recorded in 1980 and 1982, these rewarding performances are remarkably transparent and noise-free, no doubt enhanced by the DSD remastering that also seems to give Perahia some extra presence and resonance. For filler, Perahia's 1998 recordings of Liszt's transcriptions of Schubert's Ständchen-Leise flehen meine Lieder, Auf dem Wasser zu singen, and Erlkönig are provided; listeners may note a calculated change in the pianist's approach. Perahia understands Schubert's introspective world with a poet's sensibility, and renders the Impromptus with natural sensitivity; venturing into the gaudy extravagances of Liszt, however, requires enormous control and taste, and more than a little balance. In technical matters, Perahia gives Liszt his due, and plays these challenging arrangements with a virtuoso's ease. But he never allows the music to deteriorate into silliness: Schubert's lieder retain their identities as songs, and through Perahia's restraint, they hold up well under the bombardment of Liszt's embellishments. 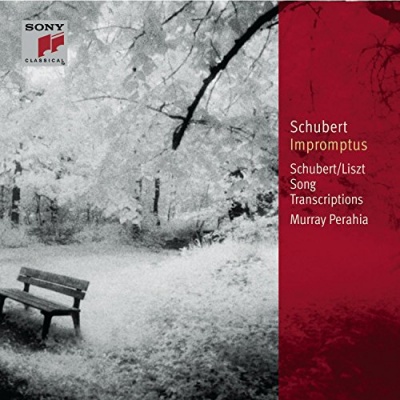