Sony's 2009-2010 greatest-hits lineup is an updated series that hearkens back to Columbia's releases of the early '70s and the revised CD compilations of the 1980s. Though it represents the same composers covered in those popular albums, the musicians and performances in most cases are different. Schubert: Greatest Hits contains a revamped program with performances by conductors Fritz Reiner, Leonard Bernstein, and George Szell, vocalists Marian Anderson, Kiri Te Kanawa, and Bo Skovhus, pianist Nelson Freire, the Stern-Rose-Istomin Trio, and member of the Budapest String Quartet with pianist Mieczyslav Horszowski. It is safe to say that every one of the selections is a bona fide classic and among the best known of Schubert's many engaging works, though the theme and variations from the "Trout" Quintet, the Ave Maria (Ellens-Gesang III), and the first movement of the "Unfinished" Symphony are easily the most recognizable to casual classical listeners. Because Schubert is universally loved for his songs, the inclusion of Gretchen am Spinnrade and the "Ständchen" from Schwanengesang serve with the Ave Maria to give a taste of the lieder, of which Schubert composed hundreds. But Schubert also composed works of multiple movements, such as his symphonies and chamber pieces, so the excerpts on this collection should not give beginners the false impression that they are stand-alone pieces. As with any greatest-hits album, this one should serve only as an introductory sampler to spur listeners to appreciate Schubert's full works. 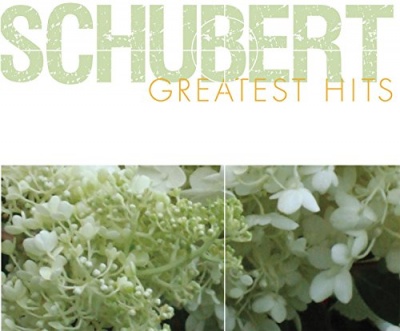