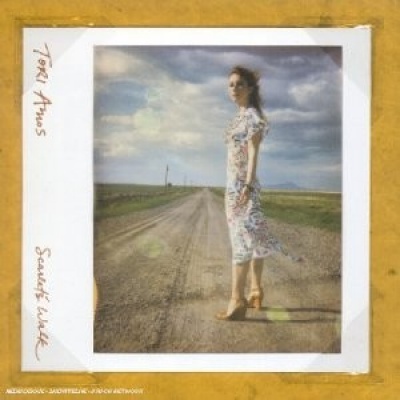 Perhaps Tori Amos didn't intentionally whittle her audience down to merely the rabidly devoted ever since Boys for Pele, but it sure seemed that way with the deliberately abstract arrangements, double albums, and cover records. That devoted cult may be all that pay attention to Scarlet's Walk, her first album for Epic, but it marks a return to the sound and feel of Under the Pink and is her best album since then. Much was made at the time of release about its concept -- conceived as a journey through modern womanhood, when Tori herself journeyed through each state in the union -- but following the narrative is secondary to the feel of the music, which is warm, melodic, and welcoming, never feeling labored as so much of her last four albums often did. This doesn't mean it's an altogether easy listen: an intensive listen reveals layers of pain and an uneasiness murmuring underneath the surface, but it's delivered reassuringly, in croons and lush arrangements that nevertheless are filled with quirks, making it both comforting and provocative. Which, of course, is what Tori Amos delivered in her early years. If this isn't as startling as Little Earthquakes or majestic as Under the Pink, so be it. It's confident, alluring, and accomplished, luring listeners in instead of daring them to follow. And, frankly, it's a relief that she finally delivered another record like that.