Roland Joffé's much-maligned 1995 screen adaptation of the classic novel The Scarlet Letter was a disaster in virtually every facet of production -- after rejecting Elmer Bernstein's completed score, producers tapped Ennio Morriconeas his replacement , but when Morricone contributed a series of ill-fitting Mediterranean-flavored themes, yet another substitution proved necessary. Somewhat remarkably, the John Barry score that accompanied The Scarlet Letter in its theatrical release proved one of the final masterpieces of the composer's career -- a sweeping romantic tragedy rich in period detail and emotional intensity, it captures all the drama and gravitas to which the film so nakedly aspires. Written in an epic-scale orchestral mode recalling Barry's landmark Dances with Wolves, the music boasts a streak of malice and brutality heretofore absent from the composer's work -- tribal percussion further underscores the primal emotions at the heart of the book and the music. This is John Barry at his most visceral, and worth seeking out regardless of the film it accompanies. 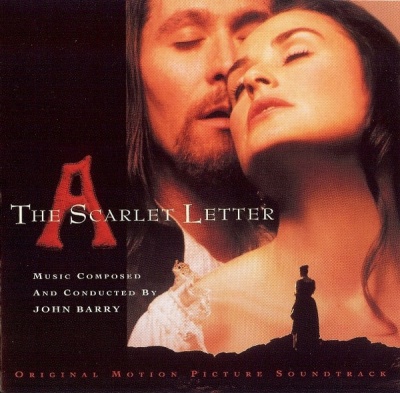