Dutch smooth jazz saxophonist Candy Dulfer's debut album, 1990's Saxuality, made a splash both critically and commercially upon its release and helped propel her to global stardom. The daughter of saxophonist Hans Dulfer, Candy Dulfer had performed since she was an adolescent and by her early twenties was opening for Madonna and Prince. Saxuality builds upon these experiences with productions from multi-instrumentalist Ulco Bed that are equal parts Prince, David Sanborn, and '80s Miles Davis. Although Dulfer's slick approach here fits squarely in the pop-jazz vein, she was inspired early on in her career by such players as Sonny Rollins and Maceo Parker. Consequently, these influences help make Saxuality a more funky and engaging listen than many similar albums of the time. While not exactly innovative, Bed's mix of programmed beats and synths next to actual instruments was fairly inspired and the album works as a bridge between the club-oriented acid jazz coming out of Europe in the late '80s and the radio-friendly smooth jazz of American artists like George Benson and Spyro Gyra. Not only did Saxuality perform well for Dulfer, selling well over a million copies worldwide, but it also garnered a Grammy Award nomination for Best Contemporary Jazz Album. 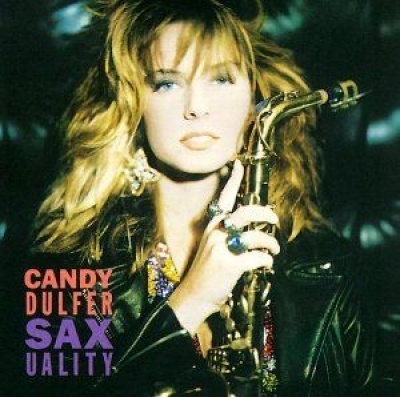