One of the first in a series of duet albums with country legends that Willie Nelson undertook during a period of seemingly uncontrolled output at Columbia, this remains one of the best. Ray Price may be regarded as something of a laid-back smoothie by listeners whose ears are stuffed with wax, but the reality is that Price is one of country's most expressive vocalists as well as a man interested in kicking country tempos as well as ballads. In fact, a certain type of swing boogie beat favored in Texas is known by musicians as "the Ray Price shuffle." Nelson and Price have a relationship typical of this bearded, bandana-wearing outlaw's collaborations with many country stars of Price's era. When Nelson was struggling to survive in Nashville, he penned or co-wrote some hits for Price, including the wonderful "Night Life," which has become something of a standard not only in country music but in jazz and blues as well. The crossover between these music forms is bound to come up in the discussion of this album. It is performances such as these that interested the jazz great Miles Davis in Nelson, and it is easy to see why when one hears the relaxed phrasing and inventive approach to many of these songs. Of course it is the swinging numbers such as the album's title track that really take off, but even "Release Me" sounds fresh here. That's quite an accomplishment considering that this song was so played to death at one point that jukebox customers began to wish that the song's title had been "Don't Release Me" and that someone at the record label had followed instructions accordingly. "This Cold War With You," a haunting Floyd Tillman tune, gets a superior reading and, on the version of "Funny How Time Slips Away," there is singing that rivals in inspiration any such performance released, although the duet version Nelson recorded with Faron Young for this series comes darn close. Comparing the vocalists as they trade verses is one of the best aspects of this Nelson duet series and, in this case, the styles of the singers are perfectly matched. 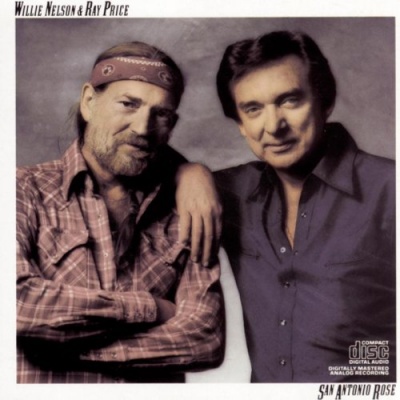