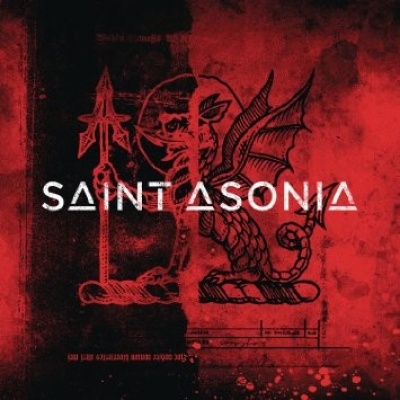 The debut studio long-player from the Canadian post-grunge/hard rock collective featuring ex-Three Days Grace vocalist/guitarist Adam Gontier, Staind guitarist Mike Mushok, Eye Empire bassist Corey Lowery, and former Finger Eleven drummer Rich Beddoe, Saint Asonia sounds pretty much exactly like one would expect. Workmanlike and suitably hook-laden, the 11-track set is pure Filter/Nickelback-inspired industrial post-grunge with no twist, which means that the listener's potential for enjoyment relies solely on his/her love of the source material (Three Days Grace, Staind, Eye Empire, Finger Eleven). Produced with suitable gusto by modern rock maestro Johnny K, Saint Asonia is sonically ballsy, brooding, and bottom heavy, but the songs themselves, all of which were penned by Gontier and Mushok, feel like cast-offs from prior projects, with recycled melodies and lyrics that sound like they were derived from an angst-centric magnetic poetry kit -- Gontier is a solid hard rock crooner, but even he can't sell a lyric as hopelessly rote as "Every day's the same/driving me insane." That said, the band is seasoned enough that they manage to instill a certain level of gravitas to the proceedings, allowing songs like "Better Place," "Dying Slowly," and the meaty "Blow Me Wide Open" to rise above some of the trappings of their routine architecture and at the very least engage on a sort of primal level, but for the most part, Saint Asonia are just treading water in a very dead sea.