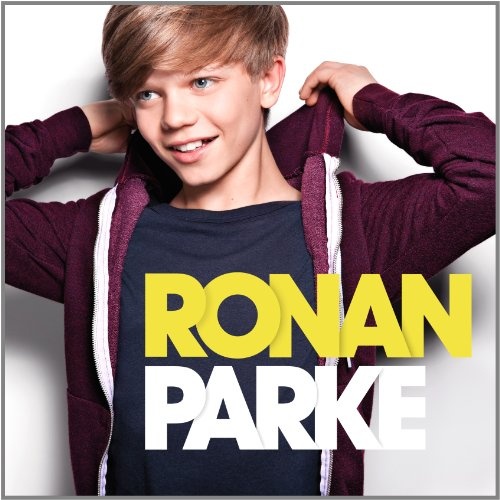 Despite finishing runner-up to Scottish classical pop singer Jai McDowall in the 2011 finale of Britain's Got Talent, it's pretty obvious that it's 13-year-old Ronan Parke who has become the true star of this year's Cowell-fronted vehicle. While the name of the show's winner has been all but forgotten six months later, the bookies' favorite has since signed a £1 million deal with Sony, had a song written for him by none other than Take That's Gary Barlow, and with his self-titled debut, is the first out of the block on the album front. As you'd expect from an act that undoubtedly inspired visions of pound -- and perhaps even dollar -- signs from the moment Cowell clapped eyes on him, it's a record which screams quick-buck cash-in. The three songs Parke performed throughout the series and which endeared him to the nation are, of course, a given, and the studio recordings of Kelly Clarkson's "Because of You," Nina Simone's "Feeling Good," and Bob Dylan's "Make You Feel My Love" are just as competent. But while Parke undeniably possesses an impressive set of lungs for his age (his acoustic cover of "Firework" arguably puts Katy Perry's live renditions of it to shame), he's still far too young to emote the defiance needed for Cee-Lo Green's "Forget You," the melancholy required for Fleetwood Mac's "Songbird," and the worldly-wisdom appropriate for the empowering lyrics of Des'ree's "You Gotta Be." Unfortunately, the two original compositions featured are equally unsuccessful in providing Parke with the right material. "We'll Rock the World" is a sugary Motown pastiche which feels like a leftover from an S Club 7 album, while the dreary piano balladry of "Stronger Than I Am" furthers the theory that Barlow certainly keeps his best songs for himself. There are a few more encouraging moments, such as the charming cover of Coldplay's "Fix You," whose hymnal organ chords seem perfectly suited to his angelic choirboy-style vocals, while the appearance of fellow finalist Paul Gbegbaje, who provides the beautifully lilting piano hooks on Vanessa Carlton's "A Thousand Miles," is a nice touch on a faithful version of an underrated pop classic. Ronan Parke certainly has the potential to make a more inventive pop album in the future, but this clichéd collection is little more than a talented schoolboy performing karaoke.