Few albums have been so appropriately named as Aerosmith's 1976 classic Rocks. Despite hard drug use escalating among bandmembers, Aerosmith produced a superb follow-up to their masterwork Toys in the Attic, nearly topping it in the process. Many Aero fans will point to Toys as the band's quintessential album (it contained two radio/concert standards after all, "Walk This Way" and "Sweet Emotion"), but out of all their albums, Rocks did the best job of capturing Aerosmith at their most raw and rocking. Like its predecessor, a pair of songs have become their most renowned -- the menacing, hard rock, cowboy-stomper "Back in the Saddle," as well as the downright viscous funk groove of "Last Child." Again, even the lesser-known tracks prove essential to the makeup of the album, such as the stimulated "Rats in the Cellar" (a response of sorts to "Toys in the Attic"), the Stonesy "Combination," and the forgotten riff-rocker "Get the Lead Out." Also included is the apocalyptic "Nobody's Fault," the up-and-coming rock star tale of "Lick and a Promise," and the album-closing ballad "Home Tonight." With Rocks, Aerosmith appeared to be indestructible. 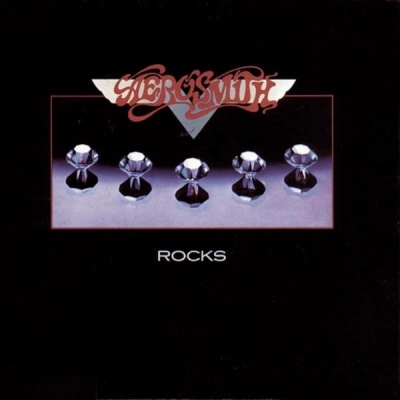