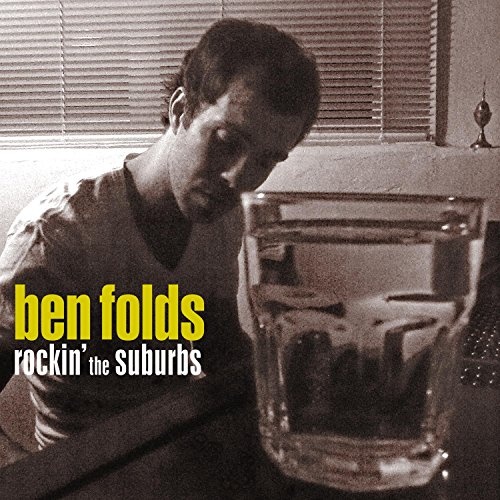 Superficially, there's not much separating Ben Folds' first official solo album, Rockin' the Suburbs, from his records with Ben Folds Five. It's hard to note any difference, really, since he still works from the same vantage point, borrowing equally from new wave, '90s irony, and a love of classic pop. Still, there is a difference, even if it's hard to pinpoint -- perhaps it's an increased focus, perhaps it was a hot streak from Folds, or perhaps the Five really were more of a group than they seemed and he's benefited by working according to his own patterns. Regardless, Rockin' the Suburbs is as good a record as any he's made, possibly his best. It's still possible to hear his influences -- Joe Jackson still stands out, as do elements of Billy Joel and Todd Rundgren -- but there's no shame there, and he's accepted it as part of his musical personality so much that it sounds like him, even when it sounds familiar. Better still, he's tempered his tendency to be a collegiate wiseass -- it pokes through on the title track, but that's the rare time that it's brought to the forefront -- which helps his songs shine brighter. And while there are no surprises here to anybody familiar with his work, it's a remarkably consistent record, filled with great mid-tempo pop tunes and nicely sentimental ballads. It's simply a good, solid record that captures Ben Folds at his most engaging, and that's more than enough.