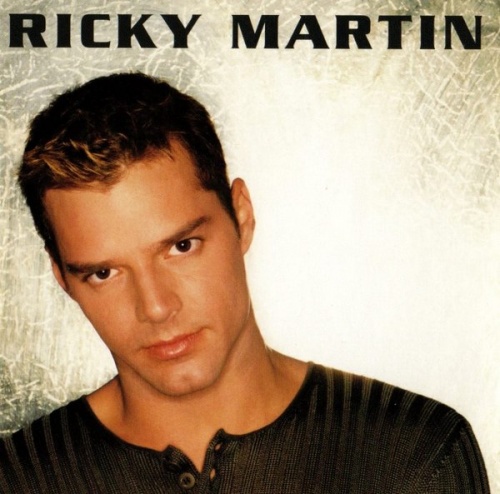 It was just a matter of time before Ricky Martin broke into the pop mainstream. By the end of the '90s, he was no longer the kid that used to be in Menudo or the General Hospital heartthrob -- he was a genuine star, ready to bust out of the Latin pop ghetto. His dynamic performance at the 1999 Grammys stole the show, announcing his presence to middle America -- and conveniently paving the way for the May release of Ricky Martin, his second eponymous album but first English-language record. Like most records that are crafted to sell an artist to a larger audience -- think Celine Dion's Falling Into You -- Ricky Martin is a big, bold album with something to please everyone, from his longtime Latin fans to housewives with a weakness for dramatic ballads. Reportedly two years in the making, the album never makes a wrong move, balancing infectious dance-pop with immaculately crafted power ballads, mid-tempo pop, straight-ahead rockers, and, of course, the inevitable cameos: Madonna on "Be Careful (Cuidado con Mi Corazón)" and Meja on "Private Emotion." Since each track has been so carefully constructed to stand on its own (most likely as a single), the album plays as a series of moments, some more thrilling than others. Although there is inarguably some filler cluttering the record -- and although the production sounds weirdly dated, with tracks like "I Count the Minutes" and "She's All I Ever Had" sounding for all the world as if they were cut in 1985 -- most of the moments work and the opening quartet ("Livin' la Vida Loca," "Spanish Eyes," "She's All I Ever Had," and the irresistibly stupid "Shake Your Bon-Bon") is positively intoxicating. If the rest of the album doesn't live up to the opening salvo, Martin does carry the day with his fine voice and undeniable charisma -- even when the songs aren't distinctive, he brings them alive. And that's the sign of a true star.