With Rey Azucar, Los Fabulosos Cadillacs made their most high-profile album to date. It was produced by Tina Weymouth and Chris Frantz of Talking Heads, and contained guest appearances from punk icons Mick Jones of the Clash (on "Mal Bicho") and Blondie's Debbie Harry (on a reggae cover of "Strawberry Fields Forever," sung in Spanish), as well as reggae star Big Youth on several tracks. The high-profile guests certainly got the album more attention in the U.S. press than any previous album, but those aren't even the album's highlights. Earlier Cadillacs albums were rooted almost exclusively in ska, reggae, and salsa, but on this record the band developed a harder sound, interspersing thrash and punk into the mix. The mournful "Carmela" is a prime example, meandering from rollicking ska to heavy metal thunder within the space of a verse. "Paquito" is a heartbreaking ode to an HIV-positive boy and another clear example that as the band incorporates more wide-ranging influences, their essential gift for painting vivid musical portraits remains intact. Another significant change is that the album, apart from some light touches, seems to reflect a darker lyrical tone. Several tracks make references to depression and suicide. It's clearly an attempt to expand their musical and lyrical range, and on the whole, the album succeeds. The songwriting isn't as fully developed as it would be later on, but it's a superb place to start. 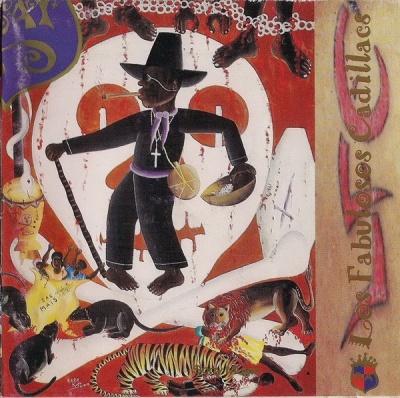