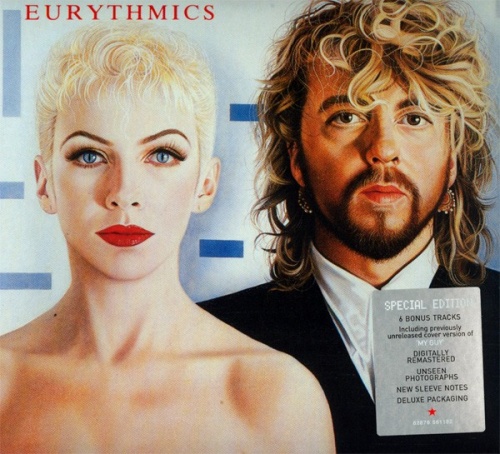 On their fifth album, Eurythmics moved away from the austere synth-pop of their previous work and toward more of a neo-'60s pop/rock stance. "Missionary Man" (which went Top 40 as a single in the U.S. and charted in the U.K.) featured a prominent harmonica solo, while "Thorn in My Side" had a chiming guitar riff reminiscent of the Searchers and a fat sax solo. Of course, the primary element in the group's sound remained Annie Lennox's distinctive alto voice, which was still impressive even if the material was slightly less so. Revenge was a successful album, reaching the Top Ten in the U.K. and going gold in the U.S., but it was a disappointment compared to their last three albums. And creatively, it was a step down as well -- there was nothing here that they hadn't done a little better before.