Given the short distance separating Audioslave's second album, Out of Exile, in 2005 and their third, Revelations, in 2006, it's easy to assume that the Rage Against the Machine/Soundgarden supergroup has finally turned into an actual working band -- either that or the group is working hard to get to the end of their contract so they can go their separate ways (a suspicion stoked by the flurry of Chris Cornell-centric press surrounding its release, including the announcement that he's recording a solo album and will be singing the theme song for the new James Bond film, Casino Royale, on his own). Whether or not either theory is proven true over time doesn't change the fact that Revelations builds upon Out of Exile, sounding even more like the work of a genuine band than its predecessor. In light of this record, Out of Exile feels driven by Cornell, which itself was a shift away from the Rage-driven debut. Here, the two are integrated fully into a distinctive sound, one that's tight and focused, one that's aggressive but not overly heavy. Also, Audioslave has become increasingly rhythm-driven instead of riff-driven; even on the slower songs and heavy rockers, the pulse and pull of the rhythm defines the song more than the riff. Given this emphasis on rhythm, it's not a surprise that Audioslave displays an overt funk and soul influence here, ranging from the hard funk of "One and the Same" to the Motown homage of "Original Fire." This not only makes Revelations sound like the result of a working band, one that likes to jam together, but it also gives it a lighter feel in its tone, a feeling that Cornell runs with on his lyrics and singing, which are considerably less tortured and brooding than before. All this doesn't necessarily make Revelations a fun album -- making music is serious work for Audioslave and they expect the same from their audience -- but it does make for their most colorful, diverse, and consistent record yet. 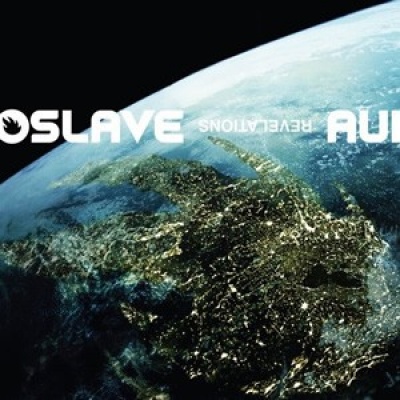