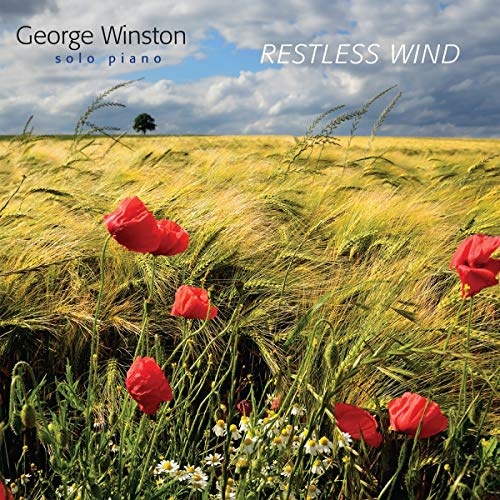 Restlessness is not a quality often associated with George Winston yet the adjective suits his 2019 album Restless Wind. Constructed as a loose impressionistic journey through America's history, Restless Wind blurs distinctions between past and present, high and low art, city and country life. Winston favors grand gestures and over-arching connections over obscurity. Many of the songs he's chosen to record for Restless Wind are familiar: Sam Cooke's "A Change Is Gonna Come" is followed by Gershwin's "Summertime," Stephen Stills' "For What It's Worth" and the Doors' "The Unknown Soldier (War Is Over)" both make appearances, and he ends the album with a medley of "The Wayward Wind (The Restless Wind)" and "Que Sera Sera." What gives Restless Wind its impact is the context and execution. By surrounding these familiar items with 1915's "Cancion Mixteca (Immigrant's Lament)" and the theme for The Times of Harvey Milk -- a 1984 documentary about the gay rights pioneer -- Winston makes it clear that Restless Wind is a quiet protest against the narrow, reductive view of America in the late 2010s. What gives Restless Wind its poetry is how Winston does find the middle ground between James Booker and Steve Reich, the two musicians he cites as inspiration for his original title track. Throughout Restless Wind, Winston achieves an expansive, elastic elegance that nearly hangs suspended, yet he grounds his airier qualities with a dexterous, rhythmic left hand that gives the music force. It's a remarkable achievement that appeals equally to the head and heart.