Commercial country music has become so slick and predictable that when an artist emerges who conveys even the slightest bit of mold-breaking potential, their name rolls off the lips of critics like an answered prayer. Missouri-raised siren Sara Evans has that potential, and uses it sparingly on Restless, her fourth record for RCA. The spirited opener, "Rockin' Horse," features fellow crooner Vince Gill on harmony, and impeccable playing from Nashville's finest. "Backseat of a Greyhound Bus" is a lush tale of redemption that sounds like the musical sister to Train's 2001 smash, "Drops of Jupiter." The Celtic-flavored "Restless," the obvious single, is tailor-made to fit in between the Dixie Chicks and Shania Twain on any FM station. After these three songs, Evans goes on autopilot, exploring the generic world of crossover country like a Shakespeare scholar in remedial English. She sounds bored. Time crawls from ballad to boogie, until finally reaching the tune "Big Cry." This is an outstanding country-soul hybrid recalling early k.d. lang and a direction that Evans would do well to inspect further. Like fellow producer Mutt Lange, Paul Worley knows how to work the machine, and Restless plays like a Nashville tutorial on the polished, hit-song assembly line. 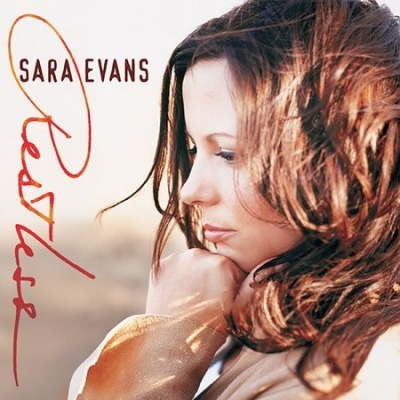