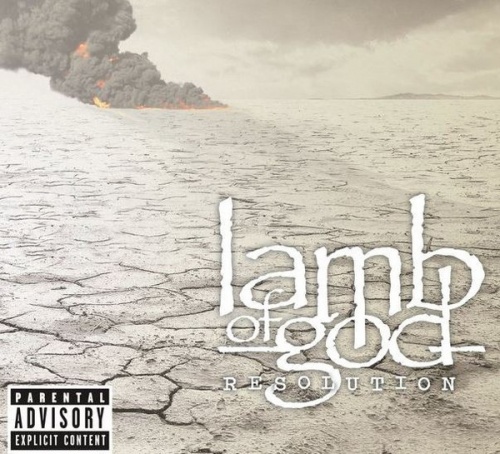 On their seventh outing, Resolution, Lamb of God prove once again that the right ratio of barnstorming riffs and relentless intensity is all you need to make a solid album. Where Lamb of God -- among the last real practitioners of the dying art of groove metal -- really succeed here is in the simplicity of their approach, shying away from modern studio trickery in favor of a rawer sound that doesn't make any attempts to smooth the edges off of anything. With a little ring of the snare drum here and there and some extra-crunchy guitar tones, the album has a natural feeling that sets these veteran players apart from the ultra-polished sounds some of the younger bands go for. Resolution feels like metal made in the old ways, with guitars being played through amps rather than modeling modules, and drums that are live instead of programmed. Rather than feeling like an indictment of the more heavily processed stuff that's been on the rise, the album serves more as a reminder that sometimes simpler is better, and that sometimes all you need to make a good album is some flaming hot guitar work, thundering double bass drumming, and a whole lot of screaming.