The third solo album from Grateful Dead lead guitarist Jerry Garcia comes as the result of the band's mini-hiatus from touring during late 1974 and most of 1975. Rather than auditioning a new combo, Garcia splits Reflections evenly between recordings made with the Dead as well as his Legion of Mary and Jerry Garcia Band side projects. As with his previous non-Dead effort, Garcia (Compliments of Garcia), this disc includes a blend of originals and cover tunes. Astute Deadheads will inevitably recognize that all four cuts featuring backing by the Dead had been part of their live repertoire for several years. Although only five of the tracks were co-authored by Garcia's primary lyrical collaborator, Robert Hunter, all eight of them remained in Garcia's solo set lists for the balance of his career. The material on this album is uniformly strong and includes some of the best studio work that the Dead had been involved in since American Beauty and Workingman's Dead. Their sound is no longer as rurally influenced; instead, they adopt an equally laid-back, jazzy approach. This is perhaps most strikingly evident in the new direction given to "They Love Each Other." Although initially presented as an up-tempo boogie, by contrast it is now a slinky, low-key affair. The retooled version became a staple throughout the Dead's mid-to-late-'70s live sets, occasionally resurfacing during their waning years. There are more subtle variations on the absolutely stunning and emotive ballads "Comes a Time" and "Must Have Been the Roses" -- which also cropped up underneath the closing credits of the Grateful Dead Movie (1976). The all-star cast that Garcia assembled for "Mission in the Rain" -- as well as Allen Toussaint's "I'll Take a Melody," Hank Ballard's "Tore up Over You," and the Johnny Russell country hit "Catfish John" -- includes John Kahn (bass), Ron Tutt (drums), Nicky Hopkins (keyboards), and Larry Knechtel (keyboards). The latter cover tune is also notable, as both Garcia and Kahn had presented it with a full-throttle bluegrass attitude during their time in the short-lived Old & in the Way project. With the exception of Knechtel, the remaining trio continued to perform in the Jerry Garcia Band during the mid-'70s. 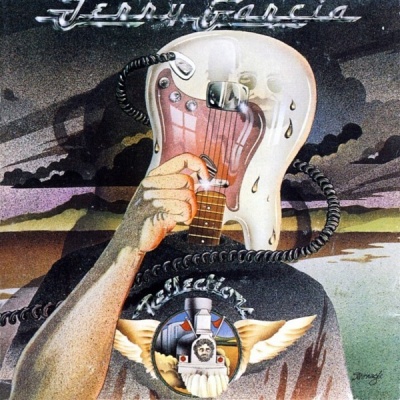