Some classic rock reunions are driven by marketing, some driven by a desperate need to reconnect to the past, some exist merely for the music. Red Velvet Car, Heart’s first album since 2004’s Jupiter’s Darling, belongs to the latter camp: it’s music with no seeming commercial aspirations, music that is connected to the past but doesn’t strive to replicate it. Heart eschews their teased, corseted ‘80s bombast and sticks to the Zep worship of the ‘70s, an obsession that’s proved quite fertile. The Wilson sisters are clearly older than they were when they belted out “Barracuda” -- the tempos are generally slower, Ann’s voice doesn’t reach the same heights -- but they embrace their age, a move that gives their excursions into folk including a revival “Sand” from their 1990 Lovemongers sideproject, a record that pointed the way toward the textured movie here. Red Velvet Car has something of a meditative mood -- the punchy Townshend power chords are used as color, not fuel -- triggered somewhat by a preponderance of textured, acoustic-laden arrangements and miniature epics, all elements that hearken back to Heart’s golden age yet wind up feeling right in line with their vibe in 2010. 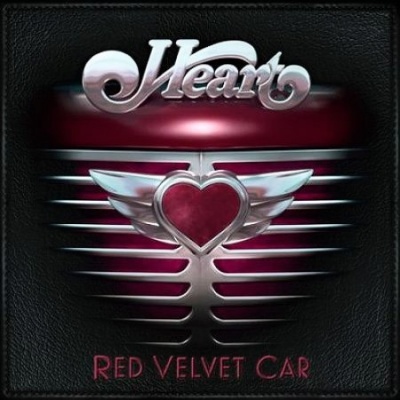