While Duran Duran have worked steadily since their 1993 comeback, The Wedding Album, they haven't always sounded as stylish and creatively tuned-in as they do on 2007's Red Carpet Massacre. Perhaps it's because there hasn't always been a definitive sound for the band to catch onto in the way that adult alternative informed the mature aesthetic of The Wedding Album. Interestingly, rather than go for the sound of more obvious neo-new wave bands like the Killers, Red Carpet Massacre finds the original lineup of vocalist Simon LeBon, keyboardist Nick Rhodes, bassist John Taylor, and drummer Roger Taylor -- guitarist Andy Taylor left prior to recording -- hooking up with modern dance-pop producers Danjahandz and Timbaland for a sound that at once returns the band to its edgy, club-oriented roots while also updating its sound to fit in on the radio next to such contemporary Timbaland-helmed acts as Justin Timberlake and Nelly Furtado. In fact, Timberlake even co-wrote and produced the very "FutureSex/LoveSounds"-ish ballad "Falling Down." These are darkly atmospheric, pulsating tracks that make the most of Duran Duran's longstanding knack for moody, somewhat cheeky dance-rock. To theses ends, dark disco cuts like "Nite-Runner" and "Skin Divers," with their dominatrix whip beats, high-pitched choruses, and obligatory Timbaland raps, are both deliciously hedonistic and crisply appointed electro-soul numbers. Similarly, tracks like the synth-driven title cut and the angular and oddly funky "Zoom In" come as close as the band has been in years to re-creating its own glamorous and neon-coated '80s aesthetic. 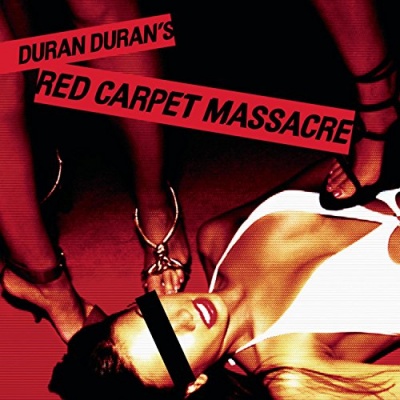