After making their debut in September 2005, the Fray toured for upwards of two years in support of the platinum-selling How to Save a Life. The album's title song enjoyed a long residency on the charts -- 58 consecutive weeks, to be exact -- and, like many young megastars, the Fray found themselves in an unsavory position. Retiring to the studio to work on a sophomore release would effectively kill the buzz of their first record, while continuing to tour would leave the band little time to work on new material. Accordingly, the Fray turned to the time-honored tradition of stopgap releases, issuing a live album in 2006, and re-releasing the Reason EP the following year. While the live record was a progressive release that showed the band's growth, Reason EP (which was originally cut in 2003) is a step backward, as its seven tracks portray a band whose commercial skills have yet to fully develop. The music is pleasant enough, with moodswinging melodies and tasteful piano fashioning some fine, middle-of-the-road pop/rock tunes. But there's nothing like "Over My Head (Cable Car)" or "How to Save a Life," both of which were relentlessly fine-tuned for airplay on the band's subsequent release. The Fray were still molding their sound in 2003, and while Reason EP certainly hints at what's to come, the disc is still an archival release for Fray purists only. Regular fans would do better to pick up Live at the Electric Factory: Bootleg No. 1, which includes a stirring version of one of Reason's best tracks, the Coldplay-styled "Vienna." 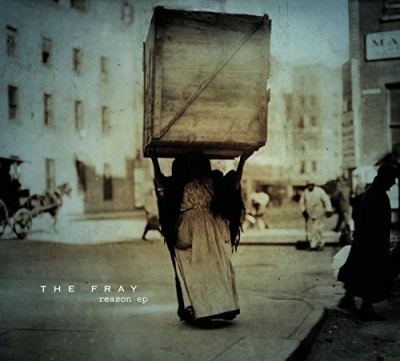