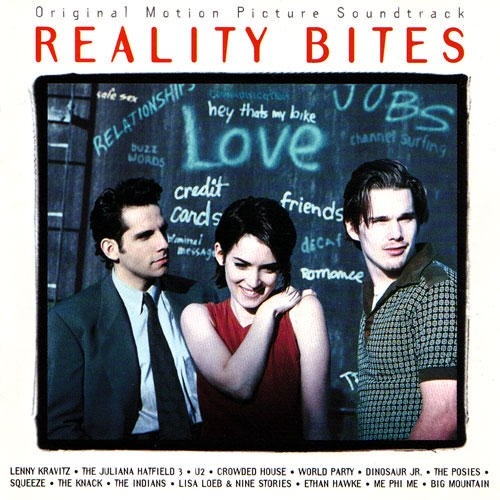 A fine slice of twentysomething alternative pop from the 1990s, the soundtrack to Reality Bites presents the finest of the decade's mainstream alternative pop artists. Crowded House, the Juliana Hatfield 3, and U2 all shine with previously released tracks, Lenny Kravitz turns in a solid new number, Dinosaur Jr. hands in a strong B-side, and World Party offers the sublime musical in-joke "When You Come Back to Me," where they rearrange David Bowie's "Young Americans" for the '90s. On the lesser side, the re-recording of Squeeze's "Tempted" is unnecessary, and the remix of "My Sharona" removes its kitschy charm.