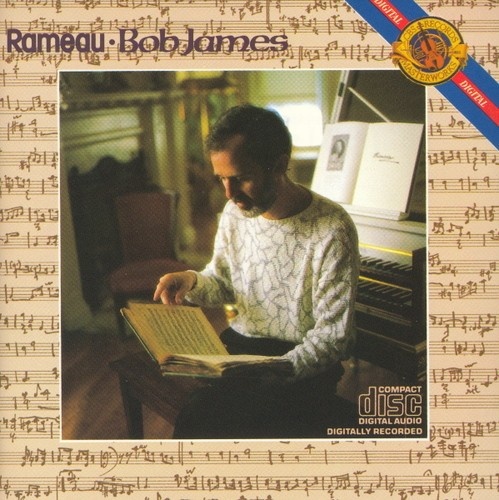 This is a big departure for Bob James, who interrupted his stream of smooth jazz projects to produce a lovely album of electronic transcriptions of pieces by the French Baroque composer Jean-Philippe Rameau. As such, they fall squarely in the tradition of Wendy Carlos' realizations of Bach -- and in their own way, they approach Carlos' achievements in their imaginative, tasteful selection of timbres. James originally recorded many of these pieces as Christmas gifts for friends and, indeed, these selections (all grouped on side one of the LP) do convey a cheery holiday mood. Recording mostly on analog synthesizers -- which were then about to be rendered temporarily obsolete by digital instruments -- James takes care to exercise period performance practices in the execution of trills and the like, keeping splashy electronic effects to a minimum (the concluding Tambourin Nos. 1 and 2 are the most outgoing realizations here). On Les Niais de Sologne, James introduces a ringer in the form of an acoustic grand piano, employing attacks similar to those he uses on the electronic keyboards. As a whole, these recordings sound more conservative than those of Carlos, but better that than some of the more grotesque distortions that were taking up space in the shops after the Switched-On Bach breakthrough.