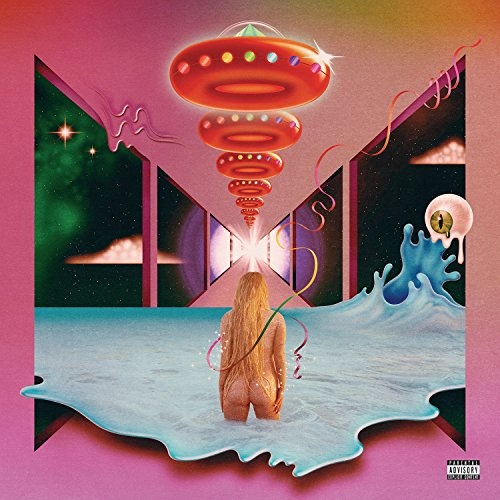 A rainbow is a beautiful trick of the light that arises after a thunderstorm, a fact that is not lost on Kesha, who experienced more than her share of tumult after her second album, 2012's Warrior. Two years after its release, the singer/songwriter filed a lawsuit against her producer and collaborator Dr. Luke, alleging emotional and sexual abuse, and he returned the volley with countersuits. Kesha's career crawled to a halt during the ensuing legal battles, and while they had not been resolved by the time she released Rainbow in August of 2017, the involved parties reached a détente to allow the album's appearance. Given how all her problems were laid bare in public, it's no surprise that Kesha opens Rainbow by singing "Don't let the bastards get you down/Don't let the a******* wear you out," a none-too-subtle allusion to her trials and tribulations. It's a theme that she returns to throughout Rainbow, framing it as a lament, an anthem of defiance and ultimately inspiration. As she sings on "Learn to Let Go" -- a song whose title is key to the whole record -- "the past can't haunt me if I don't let it," and if that lyric smacks of self-help, it's also true Kesha doesn't seem haunted by days gone by on Rainbow. Even when she's hinting at her pain, she's not wallowing in it: the whole point of the album is that she's found a path toward peace. Kesha's newfound serenity is underscored by how she still finds plenty of space to cut loose on Rainbow, cranking out a pair of metallic glam-rockers with Eagles of Death Metal, pouring glitter on Johnny Cash ("Hunt You Down"), pushing the neon pulse of "Boots," and even indulging in a bit of twee folk on "Godzilla." Still, the heart of Rainbow lies in its stirring ballads, and while these odes to self-empowerment are endemic to 2010s pop, Kesha's emotions feel earned not because we know her backstory but because her songs are specific, not generic. Sometimes she'll slide into cliché, usually by recycling therapy-speak, but how she pairs these credos with veiled confessions is as striking and moving as her party songs are weird and funny. By slyly alternating between these two extremes throughout Rainbow, Kesha winds up with a comeback that's fully realized emotionally and musically.