At the beginning of the '90s, R. Kelly was seen as a lewd, lascivious soulman. By the end of the decade, he had stripped those adjectives away and was seen as a contemporary equivalent of Marvin Gaye, thanks to the enormous success of "I Believe I Can Fly." Appropriately, R., the double-disc album that followed "I Believe I Can Fly"'s parent album, finds Kelly trying to live up to that legacy. He may be talented, but he has neither the vision nor the depth to match such classic soulmen as Al Green, Stevie Wonder, Prince, or Michael Jackson, all artists he emulates on R. Kelly's main strength is fusing contemporary material together into a slick, palatable, radio-ready record. Nobody else could have Jay-Z and Celine Dion on his album, and he's about the only one who could make it work, since he can work sensuous grooves as well as he can deliver a soaring ballad. To some, this may sound like nothing more than calculation -- a big part of the reason why he doesn't instantly enter the hall of greats -- because it's easy to see how he pieces it all together. When he's on, however, such calculation doesn't really matter, since it all flows, but such incidents only occur through about 40 percent of R. That's a major problem, considering the sheer length of the album. Clocking in at 29 long tracks, it takes real effort to sit through the record from beginning to end, especially since Kelly begins to repeat himself. If it was pruned a bit, the album would arguably be his best. As it stands, R. is an admirable effort, one that is among his better records even with all of its faults. 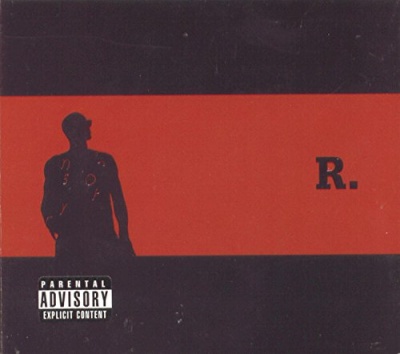