If you're going to listen to Que El Ritmo No Pare, you'd better like the title track -- no, make that love the title track, since it makes up four of the 15 cuts here. There's the original opener, an English version ("The Rhythm"), and two lyrical variations ("Que Mexico No Pare" and "Que El Futbol No Pare"). It's a good, pounding piece of pop, but overkill is overkill, any way you look at it. But Patricia Manterola does tend to go for the jugular, whether singing in English or Spanish. There's some excellent salsa, especially on the tracks "Salsa" and "When U Move Like That," and the obligatory big ballads in "Quiero Que Quieras Volver" and "Tell You, Tell Me," neither of which seem to have heard of the word restraint. It's a shame, because she has a good voice and seems most at home on the up-tempo material -- which suits her more frenetic style. And though it's unlikely to happen, it would be interesting to hear her with a more stripped-down band, not so regimented, and to discover the full possibilities of her voice. In the meantime listeners have this -- a good, if not great, album of Mexican pop music that's at its best when not hitting you over the head -- and unfortunately it does that a little too often. 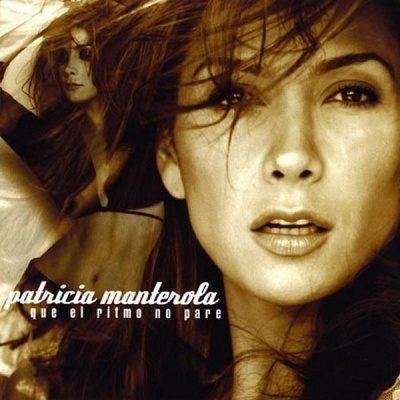