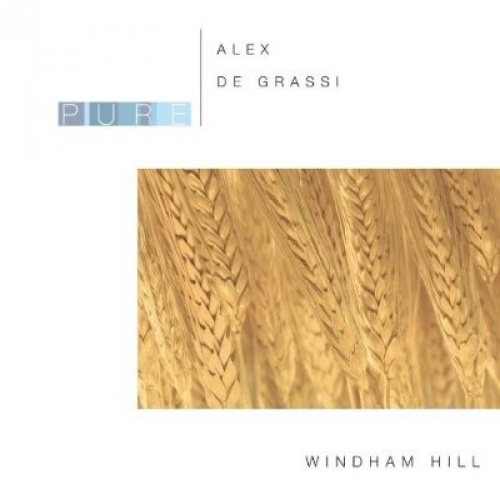 Students of pioneering fingerpickers need no introduction to Alex de Grassi, but Windham Hill/Legacy's Pure Alex de Grassi goes a long way toward articulating his contributions to classical and jazz guitar for listeners less mindful of technique and more attuned to rhythm and harmony. Selections from his classic discs Turning: Turning Back (1978), Slow Circle (1979), and Southern Exposure (1983) sit alongside later works, among them the mesmerizing The World's Getting Loud (1993) and Deep at Night (1991). As a bonus, Gymnopédie No. 3, from 1992's complex and beautiful The Impressionists, is tacked on. Overall, de Grassi's signature fusion of folk, classical, jazz, and world elements takes hold within a few tracks; by the time the disc reaches its midway point, it's possible to move past marveling at his wizardry with chords and structures and enjoy his evocative artistry. His passion is as pure as his talent, a point Windham Hill effectively puts across here.