Most notably featuring a smash hit bilingual version of the Ben E. King standard "Stand by Me," the eponymous album debut by Prince Royce is typical of the urban bachata style that arose in the wake of Aventura. The sensational success of Aventura during the 2000s led to innumerable other urban bachata acts from New York such as Bachata Heightz, a group from the Washington Heights neighborhood of Manhattan that made its album debut a couple months earlier. Fortunately, Prince Royce is one of the more promising urban bachata acts to emerge in some time. Hailing from the Bronx, the photogenic 20-year-old bachatero has an enchanting voice and drops seductive asides throughout his debut album, often switching from Spanish to English when the moment comes to whisper something sexy. Granted, he has a tendency to name-check himself far too often (not just on the lead single either, but on practically every song on the album), but it's easily excusable when the music is as well produced as it is here. Credit Andrés Hidalgo with the crisp production job, which is often spare but adds touches of urban beats here and there. The final ten seconds of album highlight "Corazón Sin Cara" are a perfect example of this. It's not until those final ten seconds that the urban beats kick in after three and a half minutes of more or less typical bachata graced with an elegant string arrangement. The restraint on behalf of Hidalgo is remarkable. After a couple listens to the song, you'll find yourself eagerly awaiting those precious few beats, which fade out almost as soon as they kick in. Of course, the smash hit cover version of "Stand by Me" is also notable. Though it's sung primarily in English, the few times that Royce switches to Spanish are memorable. It's a tasteful, surprisingly straightforward cover version that once again shows great restraint by Hidalgo. While there are other standout songs, "Tu y Yo" in particular, Prince Royce is a short album. If you subtract the superfluous remix of "Stand by Me," there are only nine songs that barely surpass a half-hour's worth of music. 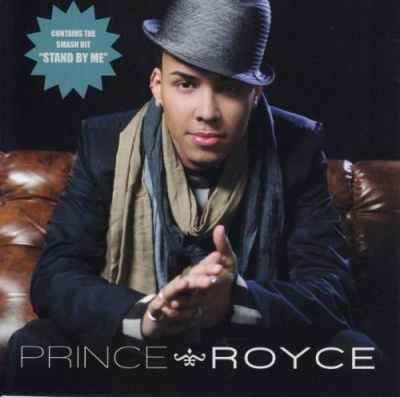