To commemorate the end of the century, Sony Music assembled the gargantuan 26-disc box set, Sony Music 100 Years: Soundtrack for a Century. The title was imposing, as was the idea behind it -- to chronicle the life of the oldest record label in the music industry. To be clear, Sony Music has not existed for 100 years, but the heart of its catalog, Columbia Records, was founded early in the 20th century. Sony acquired Columbia and its various subsidiaries in the late '80s, purchasing one of the richest catalogs in pop history, as the box set proves again and again. Sony realized that most consumers wouldn't invest in a 26-disc box, no matter how impressive it was, so they simultaneously released a series of 12 genre-specific double-disc sets that culled highlights from the set. That left two discs exclusive to the box, which was appropriate, since anyone who spends over $300 on an album deserves a little bonus. As it turns out, the double-disc sets are every bit as impressive as the big box, perhaps more so, because they're easily digestible. Even so, the scope of the 38-track Pop Music: The Modern Era 1976-1999 is impressive. Beginning with Aerosmith's "Dream On" and ending with Lauryn Hill's "Doo Wop (That Thing)," the collection covers a huge amount of ground, featuring not just major artists, but era-defining one-hit wonders. Sure, it's easy to spot omissions or quibble about the featured selections, but it's amazing to think that all these songs came from one group of labels. Some selections don't hold up -- Michael Bolton's "How Am I Supposed to Live Without You" actually sounds more dated than anything from the late '70s -- but that's fine, since this winds up being a representative snapshot of mainstream pop in the last 25 years of the 20th century. After all, any collection that has Wild Cherry ("Play That Funky Music"), James Taylor ("Your Smiling Face"), Electric Light Orchestra ("Don't Bring Me Down"), Journey ("Open Arms"), Herbie Hancock ("Rockit"), Willie Nelson and Julio Iglesias ("To All the Girls I've Loved Before"), New Kids on the Block ("Step by Step"), and Will Smith ("Gettin' Jiggy Wit It"), to name but a few, goes a long way in capturing how ephemeral, weird, and wonderful the '70s, '80s, and '90s could be. 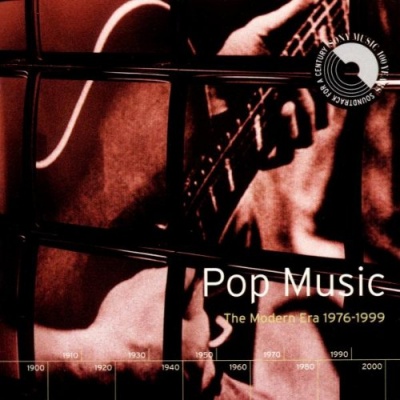