The success of the annual Ozzfest samplers seemed to inspire souvenir CDs from other tours as well. As with most similar recordings, the Pledge of Allegiance Tour: Live Concert Recording album is only recommended if you've seen the actual live performances or if you're a die-hard fan of the featured bands. The lion's share of the album consists of three songs each by System of a Down and Slipknot. All of them are taken from the bands' newest releases, and in the case of System of a Down, the energetic performance actually enhances the assemblage-style compositions. The Slipknot songs are typically heavy, but they are also a showcase for the band's technical skills and singer Corey Taylor's powerful voice. Furthermore, there are two Mudvayne tracks taken from their DVD release, L(ive) D(osage) 50, but they suffer from tinny sound quality. The final two bands, American Head Charge and No One, are represented by one song each, and they do not offer anything new. Fans of System of a Down and/or Slipknot might want to have this, but it still seems strange that the other bands get one or two songs only. With only 40 minutes of running time, there would have been enough space on the disc to include more tracks by American Head Charge or No One. 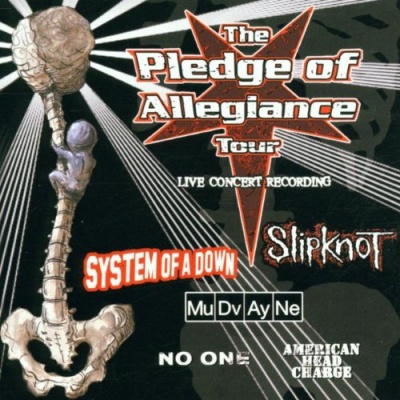