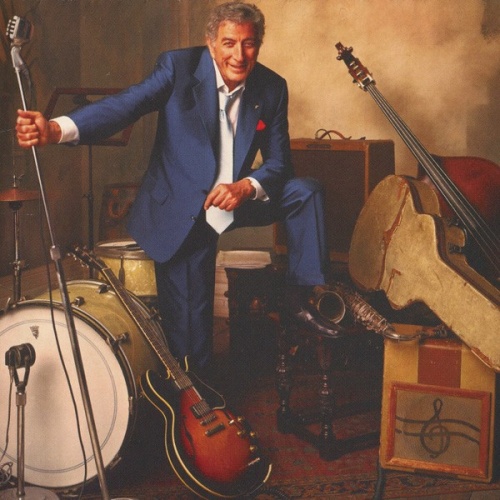 Tony Bennett's latter-day albums tend to have themes, and this one has two, as indicated by its double-barreled title: It is both a duets album and a blues album. The duet partners include ten singers who range from his recent touring partners Diana Krall and k.d. lang to fellow veterans Ray Charles, B.B. King, and Kay Starr, and younger, but still mature pop stars Stevie Wonder, Bonnie Raitt, and Billy Joel. All sound happy to be sharing a mic with Bennett. Not surprisingly, the singer's conception of the blues does not extend to the Mississippi Delta or the South Side of Chicago; rather, he is interested in the blues as filtered through the sound of the Swing Era, particularly from around Kansas City, and as interpreted by Tin Pan Alley and show tunes. For the former, his true mentor is Count Basie, whose overt influence is heard on six of the 15 tracks. Bennett makes no attempt to hide this, leading off the album with two songs, "Alright, Okay, You Win" (a duet with Krall) and "Everyday (I Have the Blues)" (a duet with Wonder), closely associated with Basie singer Joe Williams. The Broadway and Hollywood blues style is introduced in three selections written by Harold Arlen. On about half the tracks, the Ralph Sharon Quartet is augmented by Harry Allen's saxophone and Mike Melvoin's Hammond organ, but this remains a small, intimate affair that emphasizes the singers. There are missteps -- Sheryl Crow's Billie Holiday impersonation on "Good Morning, Heartache" is unfortunate, and Natalie Cole, as usual, sounds out of her depth on "Stormy Weather." But the trade-offs Bennett enjoys with King and Charles are priceless, and the Joel duet is surprisingly effective. On the whole, this is yet another entry in Bennett's lengthening series of autumnal recorded triumphs.