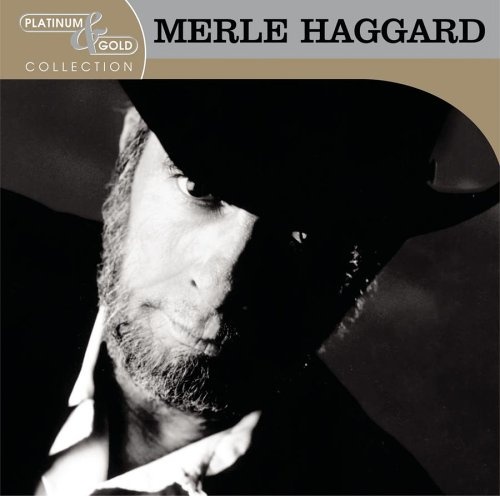 One fate that seems to befall nearly every major star in country music is that somewhere down the line they end up re-recording their hits for another label, and that's a bullet even the great Merle Haggard failed to dodge. In 1999, Haggard released an album on BNA called For the Record: 43 Legendary Hits, which was released to coincide with the publication of Hag's autobiography and featured new versions of his best-known tunes, originally cut for Capitol and Epic. Five years later, BMG has pulled a dozen songs from that set and issued them again as part of their Platinum & Gold Collection uniform compilation series, which adds a certain irony to the title -- yes, these songs were all big hits for Haggard, but not in the versions that appear on this disc. However, as such things go, this compilation is better than you might expect. Haggard co-produced these sessions and for the most part the results honor both the sound and the feel of the originals, with Hag's road band offering concise and sympathetic support. Haggard's voice isn't quite as flexible on these sides as it was in his prime, but he still sings these tunes far better than anyone you can name, and with the possible exception of "Okie from Muskogee," they're great songs you'll want to hear again. Then again, as long as The Lonesome Fugitive: The Merle Haggard Anthology (1963-1977), Razor & Tie's definitive collection of Capitol hits, remains in print, it's hard to say just who really needs Platinum & Gold Collection, but these recordings are just good enough to prevent this from being a true ripoff, and if you just have to own Haggard's duet with Jewel on "That's the Way Love Goes," this is a cheaper place to get it than For the Record.