BMG Heritage released Toni Braxton's Platinum & Gold Collection in 2004, a good time for a sweeping roundup of the singer's bounty of hits from the mid-'90s. Her once chart-topping career had gone from red-hot to a bare simmer by this point. Her last substantial hit, "He Wasn't Man Enough for Me" (from her lukewarm album The Heat), had come in 2000, and her two subsequent albums -- Snowflakes (2001) and More Than a Woman (2002) -- had failed to spawn any substantial hits of their own. This dry spell, which sans "He Wasn't Man Enough for Me" stretches all the way back to 1997, is a stark contrast to the mid-'90s, when she was regularly scaling the charts with huge hits like "Another Sad Love Song," "Breathe Again," "You Mean the World to Me," "Un-break My Heart," and "You're Making Me High," to just list her biggest crossover hits. This Platinum & Gold Collection rounds up and remasters most of those more substantial hits from Braxton's past, in the process showcasing just how many great songs she'd recorded back in the mid-'90s, when she was among the biggest of big stars. However, there's a catch -- this isn't a be-all, end-all compilation of Braxton's greatest hits. It includes only 12 songs, and a few of them are latter-day middling hits, namely "A Better Man" and "Hit the Freeway," the two token inclusions from More Than a Woman. These songs are good, but they're not great, especially relative to songs like, say, "You're Making Me High," one of Braxton's best and one that's unfortunately missing here (a very glaring omission). So while Braxton's Platinum & Gold Collection is a nice compilation -- one that includes many of her most memorable hits and does so in first-rate fashion, in terms of remastering as well as packaging -- it's a compilation that is sure to leave you unsatisfied. You'd be better off spending the extra money to pick up a more definitive collection like the 18-track Ultimate Toni Braxton from 2003 than this 50-minute budget-line CD. 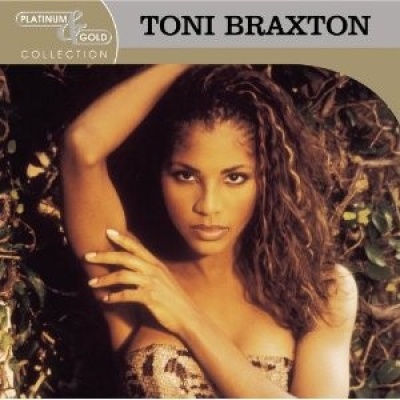