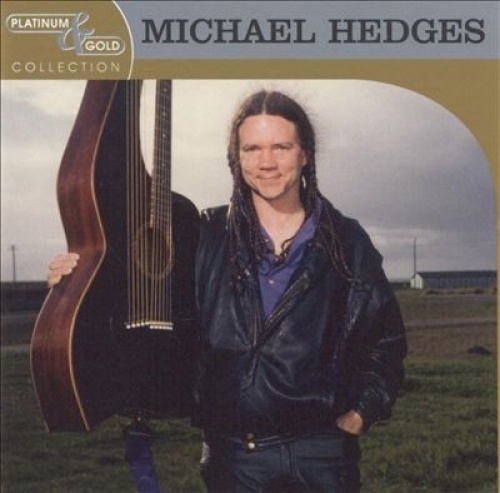 While there is nothing new under the sun on Michael Hedges' Platinum & Gold Collection (all of the tracks on this collection have been previously released album tracks), this is nonetheless a fine sampling of the various modes, styles, and developments in the late artist's career as a virtuoso guitarist and iconoclastic songwriter. There are the transcendentally beautiful ones ("Aerial Boundaries," "Bensusan"), the radically interpretive ones ("After the Gold Rush," "All Along the Watchtower"), and the bizarre, jarring moments where Hedges seemed to dare his audience to expand their notions of who he was as a musician ("Ignition") or forget about him altogether. But Hedges, as evidenced here, was too mercurial to be pinned down for very long. His finest moments are captured here, and fans as well as the curious have something to celebrate in finding the first true collection of his significant work on the shelves.