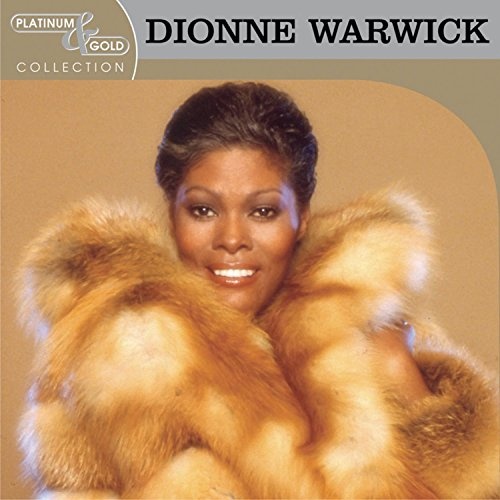 Dionne Warwick signed to Arista in 1979. Her silky voice and smooth style were still very much intact and much in-demand among adult contemporary listeners. Her first song for her new label, "I'll Never Love This Way Again," was co-produced by new pal Barry Manilow and hit number one on the adult contemporary charts. Her next single, "Déjà Vu," did even better -- as well as topping the adult contemporary chart, it hit number 20 on the pop chart. Both songs ended up winning Grammys and the Dionne album was the first platinum record of her storied career. Platinum & Gold Collection compiles 12 songs from the Arista years. Despite strangely leaving off one of her biggest hits, the aforementioned "Déjà Vu," it serves as a decent summary of her 1980s work. It includes some of her biggest pop hits, like 1982's Barry Gibb-written-and-produced "Heartbreaker," 1982's "Friends in Love," 1983's "How Many Times Can We Say Goodbye," and 1985's huge hit "That's What Friends Are For." The rest of the songs are serviceable pop songs, but nothing too special and certainly no patch on her work from the '60s.