Philosophy of the World Review

Supplanting the Rounder single disc that combined the group's original album with later sides, this brings the package back to its original form. It features the original mixes (the Rounder reissue used remixes), sequencing, cover, and liner notes along with updated historical notes from producer Irwin Chusid. While a 12-song reissue that replaces a fuller and longer collection would seem like a beat for the money, this puts the Wiggins sisters' primitive attempt to make original rock & roll in its proper context. The guilelessness that permeates these performances is simply amazing, making a virtue out of artlessness. There's an innocence to these songs and their performances that's both charming and unsettling. Hacked-at drumbeats, whacked-around chords, songs that seem to have little or no meter to them ("My Pal Foot Foot," "Who Are Parents," "That Little Sports Car," "I'm So Happy When You're Near" are must-hears) being played on out-of-tune, pawn-shop-quality guitars all converge, creating dissonance and beauty, chaos and tranquility, causing any listener coming to this music to rearrange any pre-existing notions about the relationships between talent, originality, and ability. There is no album you might own that sounds remotely like this one. 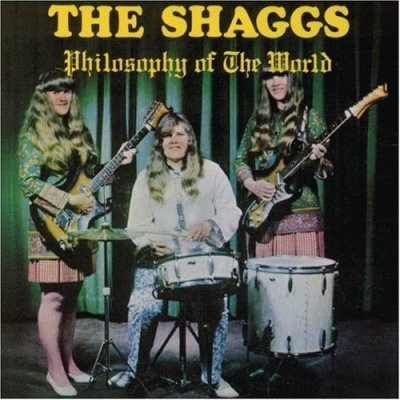 Philosophy of the World Album Information