The usual stuff is here: arpeggio versus ostinato, ostinato versus arpeggio. And as always, the Philip Glass Ensemble's synthesizers double their woodwinds. But Glassworks is the most pleasant craftwork ever from the great minimalist exploiter -- six warm pieces that approach the spirit of minimalist pioneer Erik Satie. Only instead of Satie's lyrical-to-antic jumps, Glass creates the ruminative-to-excitable kind. "Opening"'s softly rolled piano melody is music to fold your hands and muse by, and when Sharon Moe's French horn sets up "Floe," everything seems nice and level -- until the flailing woodwinds and synthesizers of the ensemble crash in. Glassworks is tuneful in the most pleasingly direct sense -- the arrangements define the melodies so cleanly they're instantly memorable. In addition, the album is programmed with a particular shape in mind. It's kind of a waveform, where every other relaxed melody is upset by a classic Glass rush -- "Floe" is even outpaced by "Rubric"'s honking saxophones and enough cascading counterpoint to give David Helfgoff a case of carpal tunnel syndrome. These two tunes are so disruptive, so complex, that it's easy to think that they dominate the whole project. But they're also the shortest tunes on the album. Most of the time, harmonies bob around in the strings and woodwinds, though Jon Gibson's soprano sax glides atop "Facades." "Closing," based on "Opening" (funny), contains his second prettiest orchestration after the finale of Satyagraha. In fact, it's probably the source of Glass' subsequent reputation in the new age music industry. Of interest to those who keep up with Glass' re-use of his work: "Rubric" was originally intended for use in Godfrey Reggio's movie Koyanisqqaatsi. It was re-used along with "Facades" on the 1987 album Dancepieces. "Opening," "Floe," "Facades," and "Rubric" were performed in Peter Greenaway's film 4 American Composers, devoted to Glass and his ensemble; in this performance segment, Dora Ohrenstein's vocals replace "Floe"'s brass section. 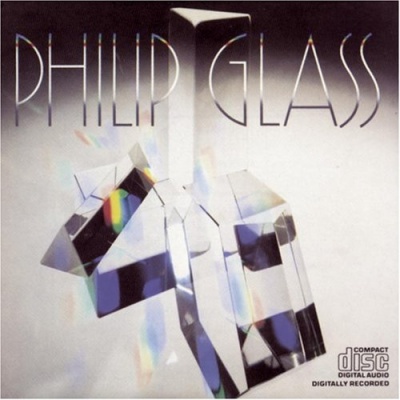