Chicago guitarist Phil Upchurch was comfortable in most genres; his plucky style can be heard on many sessions, including those of George Benson, who often sought him out. This self-titled LP contains seven cuts, four produced by John Tropea (instrumentals of familiar hits) and three by Benson (Phil Upchurch originals). Upchurch displays fingering dexterity and funkability on Shuggie Otis' "Strawberry Letter 22," made famous by the Brothers Johnson. "Free" is even better, bubbling along as Upchurch fills every space with adroit notes, playing the lilting ballad as sensitively as Deniece Williams' vocal. He does a marvelous job on "Good Times," an underappreciated Jacksons tune written by Kenny Gamble and Leon Huff, again showing the ability to phrase like a voice on his guitar. Tropea saves his best production for last; the stalking, tempo-changing "Church Street Station" is as commercial as anything here. Some of New York's best session players accompany Upchurch, including Steve Gadd, Richard Tee, Will Lee, and Tropea himself on rhythm guitar. The Upchurch originals are more elastic and abstract. You get a good earful of contemporary jazz with "It's Almost Five," a bender that hits the spot. Benson achieves a warm tone from Upchurch's guitar that's totally different from the Tropea sides. The sidemen are different too, with studio rats the likes of Harvey Mason, Chuck Rainey, Jorge Dalto, and Henry Gibson, a master percussionist. Longer than its listed 3:56 time, "Fooling Around" features superb playing by all involved; it takes you there, then brings you back, and you feel better for the experience. Upchurch plays the guitar like it was a keyboard on the vibrant "Cyrenna," a hill-and-valley delight that's slightly marred by an intrusive synthesizer. 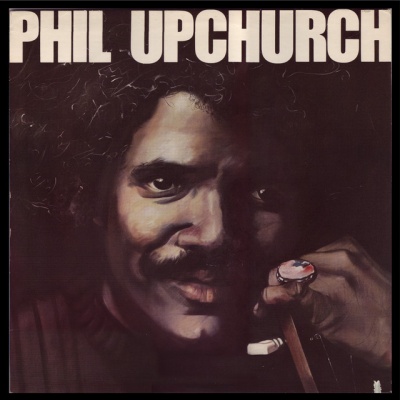