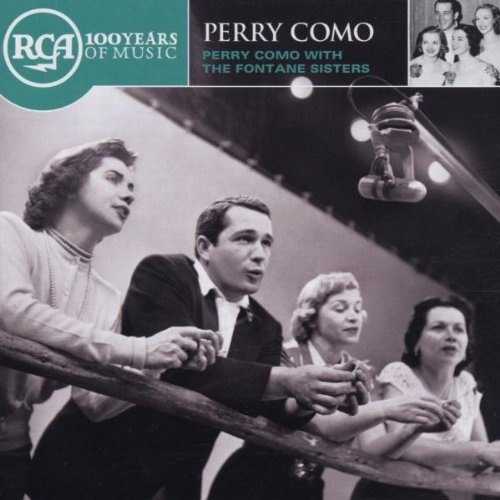 Most of the discs in RCA's 100 Years of Music mid-priced series are straight best-of anthologies, but Perry Como With the Fontane Sisters departs from the norm to compile the 14 recordings Como made with popular vocal trio the Fontane Sisters, only some of which were hits. The a cappella novelty "N'Yot N'Yow (The Pussycat Song)" was the foursome's first collaboration in 1949, after which they went on to wax some of Como's best-known hits, such as "Hoop-Dee-Doo," "'A' - You're Adorable," and other lesser-known songs into 1952. The Fontanes' personality tends to come to the fore most on the humorous songs, but their harmonies contribute substantially to the sentimental songs and standards. Anyone who owns a Perry Como best-of will have most or all of the hits in this package -- its appeal lies less in the hits than in the B-sides and obscurities that are new to CD. "Rollin' Stone," incidentally, is a different song from the Fontane Sisters' 1955 hit on Dot Records.