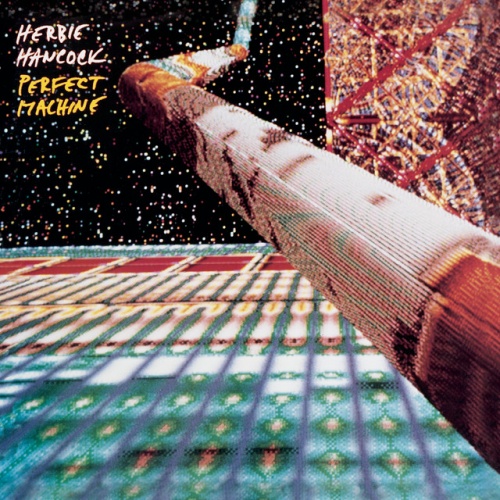 Set upon recapturing the pop ground he had invaded with Future Shock, Hancock relies upon many of the former's ingredients for yet another go-'round on Perfect Machine. High-tech producer Bill Laswell is back, so is scratchmaster D. ST. -- and armed with a warehouse of mostly digital keyboards, Hancock adds the distinctive bass of Bootsy Collins and the Ohio Players' vocalist Sugarfoot, who always sounds as if he had just swallowed something. The music is mostly thumping, funk-drenched techno-pop which still has some verve, particularly the designated single "Vibe Alive" and the "Maiden Voyage" interlude as heard through an electronic fun-house mirror. But this is not really an advance over Hancock's early-'80s pop projects. This would be Hancock's last album for at least seven years as he concentrated upon film projects and reunions with Miles Davis alumni (there was also an aborted deal with the Qwest label). As such, Perfect Machine is an appropriate end to this chapter in his career.