Almost immediately after he became an international superstar with 1987's Faith, George Michael developed a complex that he was not taken seriously as an artist. He was right -- he wasn't being taken seriously, but at the height of their success, mainstream pop stars rarely are; it's only after they've been around for a while that critics and audiences alike appreciate the craft behind their best work. Elton John and Madonna both are pop icons who earned good reviews after they proved their lasting power, but Michael, for want of a better phrase, didn't have enough patience to wait to be regarded as an artist, not just a pop star. So, he followed Faith with 1990's Listen Without Prejudice, Vol. 1, whose very title was a plea to skeptics to shed their preconceived notions of him and hear the music anew. At the time, it seemed like this was temporary hiccup, a somber exorcism Michael needed to work through as an artist, but over the years, it's clear that this was the blueprint for his solo career. Not that there have been that many albums since then, of course. Michael took six years to deliver Older, a delay that was initially blamed on a vicious battle with his record company, Sony, but its own successor, Patience, didn't appear for another eight years, a time which not only had no spats with the label but also saw him re-signing to Sony. Those long, long separations between albums suggest that Michael is a painstaking perfectionist in the studio, and Patience sure sounds like the work of a musician who spent every day of those eight years working on these 14 tracks (12 on the U.S. version; the anti-Bush and -Blair "Shoot the Dog" was excised for the American CD, presumably because it would be too controversial, but who knows why the reprise of "Patience" was cut).

While there are unifying lyrical and musical themes throughout the album, each track is its own entity, scrubbed, polished, and manicured without regard to how it fits alongside the next. There's an excessive attention to detail to each song, and that tunnel vision means each song runs about a minute or two longer than it should, which ultimately makes Patience seems twice as long as its actual running time. That's unfortunate because the core of the album is quite good: it's hard not to admire his studiocraft, there's a starkly confessional streak in his writing that's disarmingly direct, and, as an album, it balances the moody ballads and sleek neo-disco better than Older, feeling much brighter than that claustrophobic affair. If there's a lack of incessantly catchy hooks or undeniable rhythms -- in other words, singles as indelible as those on Faith, or even Listen Without Prejudice -- that feels like a conscious decision by Michael, as if any concession to chart-bound pop would cheapen his music and diminish his chances of being taken seriously. They would have lightened the mood of the decidedly somber and portentous Patience, which is clearly not what Michael wants, since by stretching out each song and burying his hooks beneath the album's shiny surfaces and preponderance of mid-tempos, he's forcing listeners to work to understand his intentions. For some fans, it's worth the effort, particularly since it's his best album since Listen Without Prejudice (not saying much since it's only his second album of original material since then), but it's hard not to hear it and think that Michael's ultimate ambitions would be better served if he tightened up and lightened up just a little bit. 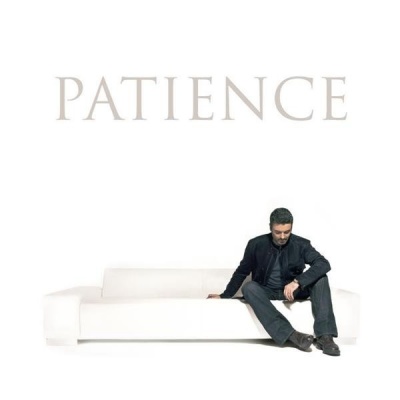