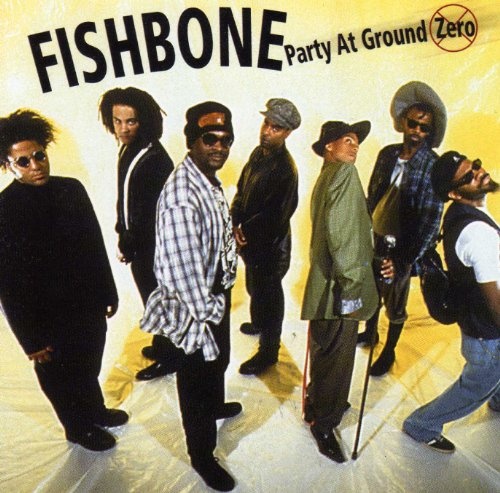 At various times in the history of rock, bands come along that break down boundaries and open up doors for other bands, but for various reasons, never truly translate their cult success over into the mainstream. Such is the case with Fishbone. If the members of Fishbone could earn royalties for each time they were name-checked as an important influence by a band (namely No Doubt, Sublime, the Mighty Mighty Bosstones, Goldfinger, etc.), they would be able to buy their own small Third World country by now. As a result of Fishbone's influence on subsequent groups, renewed interest in the band began to percolate during the late '90s/early 21st century, which is where an overview such as Party at Ground Zero comes in. Along with the other titles issued on the Sony Special Products label, the Fishbone edition is comprised of ten tracks, and is budget priced. Most of the group's classics are included, including such ska-tinged ditties as the title track and "Skankin' to the Beat," the funk workouts "Freddie's Dead" and "It's a Wonderful Life (Gonna Have a Good Time)," as well as the heavy metal rockers "Sunless Saturday" and "Fight the Youth." But what prevents Party at Ground Zero from being definitive is the exclusion of such must-hears as "Bonin' in the Boneyard" (arguably Fishbone's trademark song), "Everyday Sunshine," and none of the group's punk rock tunes ("Subliminal Fascism," etc.) -- especially when such lackluster latter-day material as "Black Flowers" is included in its place. For definitive Fishbone collections, stick with either 1996's double-disc Fishbone 101: Nuttasaurusmeg Fossil Fuelin' or the 2003 single-disc Essential Fishbone.